A must for parents of teenagers!

I bought the original Five Love Languages Book years ago and loved it, but I didn't think there was any need to get this one written specifically for teenagers. I was wrong! I have a 19 year old and ... Read full review

Excellent gift for my kids

After reading The Five Love Languages, I definitely wanted this book for my kids, and recommend it to others to inspire theirs. Read full review 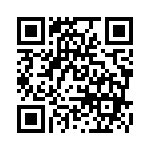