Micheal O'Siadhail is an internationally acclaimed poet whose works include Collected Poems and One Crimson Thread. He is Distinguished Poet in Residence at Union Theological Seminary. 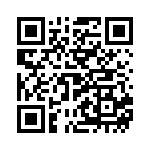