Does it take one to know one? Or does it take a fool to fool one? Deception is, without question, a key feature of evolution. A small mammal fluffs up its fur to look bigger, and so scare off a ... Read full review

Author explores the field of self-deception; does it have any evolutionary advantage to balance the obvious downside? It concludes that for individuals it may, by contributing self confidence, which ... Read full review

Robert L. Trivers is a Professor of Anthropology and Biological Sciences at Rutgers University. He won the Crafoord Prize in Biosciences in 2007 for his fundamental analysis of social evolution, conflict, and cooperation. He lives in New Brunswick, New Jersey. 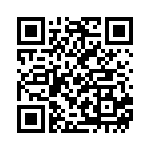