Page 20 - We, the Great Sovereign, Tsar and Grand Prince Aleksei Mikhailovich, Autocrat of all Great and Little...
Appears in 6 books from 1982-1998
Page viii - ... messing.' (Kenneth Graham, Wind in the Willows, 1908) Historians traditionally emphasise the rational, pragmatic aspects of Russia's military programme, not least with reference to naval affairs. A recent study of the origins of the Russian navy, for example, describes 'an evolving process of gathering and mobilizing available political, economic, social and cultural resources to surmount technical, organizational, and financial challenges'.1 Other contributors to this section outline the concrete...
Appears in 4 books from 1995-2001 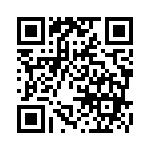