jerry-book (edited) I finished the Fourth Crusade, The Conquest of Constantinople by Queller and Madden. This is a history of the crusade that went off the tracks and ended up attacking two Christian ... Read full review

The history of this horrific blight on Western history and the loss of Eastern history is much more complicated than surface reviewers would have us believe. Read full review 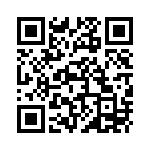