Hugh Hewitt is a lawyer, professor, and broadcast journalist whose nationally syndicated radio show is heard in more than 120 cities across the United States every weekday morning. An analyst for NBC News and MSNBC and a contributing columnist to The Washington Post, he is the author of more than a dozen books, including Hugh Hewitt’s Little Red Book. Hewitt is a graduate of Harvard College and the University of Michigan Law School, and has taught Constitutional Law at Chapman University Law School since it opened in 1995. He is a partner with the Los Angeles law firm of Larson O’Brien LLP and writes daily at HughHewitt.com. 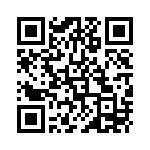