To say that this book is detailed is a bit like calling the sun warm or a black hole poorly lit. Klarman (or Klarman's research associates) have read pretty much everything written by anyone important ... Read full review

Excellent, but depressing, account of how the US Constitution was created, largely outside the influence of the general population, and designed to limit the effects of (too) direct democracy on ... Read full review

Michael J. Klarman is Kirkland & Ellis Professor of Law at Harvard Law School and author of the Bancroft Prize-winning From Jim Crow to Civil Rights (OUP). 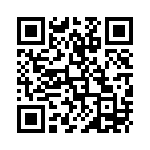