Author Fred Saberhagen was born in Chicago, Illinois on May 18, 1930. Before writing full time, he served in the Air Force, worked as an electronics technician, and wrote and edited for the Encyclopaedia Britannica. His first novel, The Golden People, was published in 1964. He has written science fiction, fantasy, alternate history, and historical fantasy. The novel Berserker was published in 1967 and became the first book in his popular Berserker series. His company, Berserker Works, Ltd., has produced several computer games based on his characters. He died on June 29, 2007. 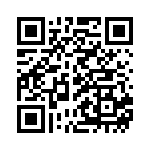