A straighforward and one-sided hagiography of Cameron as a golden god who can seemingly do no wrong. E.g. Keegan seems to think that a good way to prove Dark Angel was mishandled is to point out how ... Lue koko arvostelu

The Futurist: The Life and Films of James Cameron

In this reverential portrait of the creator behind some of the biggest films of the last 25 years (The Terminator, Aliens, and Titanic), former Time Hollywood correspondent Keegan documents the ... Lue koko arvostelu

As a Hollywood-based contributor to Time magazine, Rebecca Keegan has profiled actors and directors including Francis Ford Coppola, Will Smith, and Penelope Cruz. She has written trend stories about 3-D, horror auteurs, and fanboy culture and penned play-by-plays of the Oscars, the Sundance Film Festival, and Comic-Con. She spent seven years inTime's New York bureau covering breaking news stories such as 9/11, Osama bin Laden, and the Catholic Church sex-abuse crisis. She has appeared on CNN, Fox News, MSNBC, and NPR. She lives in Los Angeles with her husband. 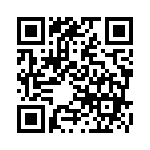