A "serious joke", overturning "with ribald laughter everything 'food' and 'cookbooks' held sacred." futurist forumulas for restaurants and quisibeve (The vague quantities given in many of these ... Read full review

Born in Egypt and educated in Paris, Marinetti gained a reputation as a writer in French long before he launched the "futurist movement" with his manifesto of February 20, 1909, in Le Figaro. Proclaiming an ideal of "words in liberty," that manifesto elicited high praise from Wyndham Lewis, Guillaume Apollinaire, Ezra Pound, and D. H. Lawrence, as well as the Italians Aldo Palazzeschi, Giovanni Papini, and Ardengo Soffici. After his French works were translated into Italian, he was arrested and spent two months in an Italian jail for immorality. Despite the notoriety of his first manifesto, the subsequent Technical Manifesto of 1912 epitomizes the essence of futurism: the glorification of war, masculinity, violence, and the machine. As William De Sua correctly wrote: "Of all his works, the Technical Manifesto alone should secure his place among such figures as Pablo Picasso, Ezra Pound, Igor Stravinsky, and Guillaume Apollinaire as one of the greatest movers and shapers of modern art.

The topics of Lesley Chamberlain's numerous books range from food to philosophy. She is a regular contributor to newspapers & journals in Britain & the United States, including "The Times" & "The Times Literary Supplement" (both of London). Her last book was "Nietzsche in Turin". She lives in London. 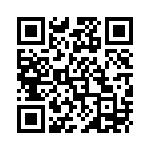