Original and profound odes about the Earth as a living system.

Howard W. Robertson is a poet and fiction writer who lives in Eugene, Oregon. He has published three earlier books of poems: The Bricolage of Kotegaeshi (2007); Ode to certain interstates and Other Poems (2003); and to the fierce guard of the Assyrian Saloon (1987). He was the winner of the 2009 Sinclair Poetry Prize, the 2007 Jack Straw Author Award, the 2006 Elizabeth R. Curry Prize for Poetry, and the 2003 Robinson Jeffers Prize for Poetry. His poems have been published in many literary journals and have been anthologized in The Clear Cut Future (Clear Cut Press, 2003) and the Poetry of the American West (Ahsata Press, 1996) among others. He has won other poetry awards, including the Emily Dickinson, the Robert Frost Foundation, the Pablo Neruda, and the Pacifica. 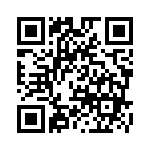