MARK E. KANN is Professor of Political Science and holds the USC Associates Chair in Social Science at the University of Southern California. He is the author of several books, including A Republic of Men (1998). 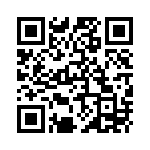