While I never agreed with a number of tenants in what was a groundbreaking work in economics, I've gradually come to appreciate much of it much more over time. Certainly recommended for any student of economics, policy, business, theory, etc. Read full review

Generally, it seems that Keynes is a left-leaning economist—contrasted with Hayek. But in reading this book, Keynes doesn't make any appeal to ethics. This book is an investigation into the ... Read full review

John Maynard Keynes, an English economist, is regarded as the most important and influential economist of the twentieth century, if not of all time. A brilliant child, he wrestled with the economic meaning of interest before he was 5 years old. He excelled both as a student and as a member of the debating team at Eton. His reputation at King's College at Cambridge University was such that he was invited to weekly breakfasts with economist A. C. Pigou, and even Alfred Marshall begged him to become a professional economist. He was elected president of the Union, the most important nongovernmental debating society in the world, and his close friends included the intellectual members of the Bloomsbury group. Keynes was described as a phenomenon---and all of this took place before he graduated from Cambridge. After graduating in 1905, Keynes took a civil service post in India. Bored with his job, he resigned and returned to Cambridge to teach. In 1912 he assumed the editorship of the Economic Journal, the leading journal in Britain at the time, continuing in the post for 33 years. His first major book, Indian Currency and Finance (1913), was an immediate success. He took part in the Paris Peace Conference as a representative of the Treasury. Later he held several other government advisory posts, served as a director of the Bank of England, and was president of an insurance company. In addition, Keynes was a noted patron of the arts and married the most beautiful and popular ballerina of his era. As if this weren't enough, he managed to amass a small fortune by investing in stocks and foreign currencies in his spare time. At the Paris Peace Conference, Keynes became so dismayed by the harsh terms imposed on Germany in the Treaty of Versailles that he resigned in anger several days before the treaty was signed. He then wrote The Economic Consequences of the Peace (1919), which outlined the folly of the treaty. Being a man of many interests, Keynes next took a brief break from economics to publish A Treatise on Probability (1921), which Bertrand Russell (see Vols. 4 and 5) described as "impossible to praise too highly." Keynes's A Tract on Monetary Reform (1923) was a rather technical book that questioned the value of the gold standard over a managed paper currency. A Treatise on Money (1930), which explored the business cycle, was followed by Essays in Persuasion (1931) and Essays in Biography (1933). The General Theory of Employment, Interest and Money, published in 1936, was Keynes's crowning achievement, and it took the world by storm. According to Keynes, the economy could be thought of as being divided into consumer, investment (or business), government, and foreign sectors. This was hardly a novel idea, but Keynes went on to postulate the exact nature of expenditures in each sector, especially the spending patterns of the consumer sector, which he portrayed by using a graph he called a "consumption function." He reasoned that fluctuations in total economic activity could be traced to instability in the business sector, which had a multiplier effect on the rest of the economy. The relationship specified in The General Theory were tantalizing to economists, because they could be tested and empirically verified. Subsequent research largely confirmed Keynes's propositions. Soon governments, including that of the United States, began to develop a set of national income accounts to provide estimates of gross national product and national income. The General Theory was also popular because it offered policy prescriptions to help deal with the problems of depression, recession, and unemployment. Today the term "Keynesian" is used to describe individuals or policies that use taxation and government spending to affect aggregate economic performance. 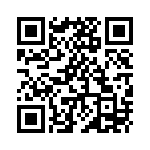