This is a short book with simply presented discussions noting that attitudes are strongly affected by cultural traditions. In other words we don’t all think or reason in the same way. The emphasis is ... Read full review

A scientist talks about things politicians and political-correct educators would love to ignore (forever), namely that differenct races actually think (if only slightly) different, or at least have slightly different preferences. Read full review

Richard E. Nisbett, Ph.D., has taught psychology at Yale University and the University of Michigan, where he is the Theodore M. Newcomb Distinguished University Professor. He received the Distinguished Scientific Contribution Award of the American Psychological Association, the William James Fellow Award, and a Guggenheim Fellowship and in 2002 became the first social psychologist elected to the National Academy of Sciences in a generation. The co-author of Culture of Honor and numerous other books and articles, he lives in Ann Arbor, Michigan. 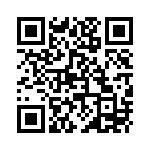