As an organizational psychologist at Wharton, Adam Grant has studied generosity for a decade and a half. Ever since he published his bestselling book Give and Take and wrote his viral New York Times op-ed on raising a moral child, parents have been asking him for a children's book on the topic. But where to begin? Enter: Allison. As a psychiatric nurse practitioner, writer, and mom to their three children, Allison Sweet Grant knew just where to begin with a funny, engaging picture book that would delight their own kids. 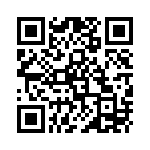