Didn't realise until I got into this book that it was from 2011 - much of the info was well out of date and there are more current environmental books out there. Read full review

THE GOD SPECIES: Saving the Planet in the Age of Humans

A serious view of humans' negative environmental impact on Earth and the steps needed to correct these issues."Nature no longer runs the Earth. We do. It is our choice what happens from here. So ... Read full review

Mark Lynas has worked for nearly a decade as a specialist on climate change, and is author of three books on the subject: High Tide: News from a Warming World (2004), Carbon Calculator (2007), and Six Degrees: Our Future on a Hotter Planet (2007).

High Tide was longlisted for the Samuel Johnson Award for Non-Fiction and short-listed for the Guardian First Book Award. Six Degrees was long- listed for the Orwell Prize in 2008 and won the Royal Society Prize for Science Books in the same year. The book has now been translated into 22 languages around the world.

Lynas writes a fortnightly column for the New Statesman magazine, and is a regular contributor to the Guardian. He is also a Visiting Research Associate at Oxford University's School of Geography and the Environment. 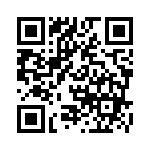