Enjoyed it very much! The films (1&2) stuck very closely to the book and it was great getting more details. I think any fan of the movies will love the book. Read full review

Who does not know the name Don Vito Corleone? Who doesn't know the infamous "horse head" scene? I haven't seen the movie but even I have known about these details of The Godfather for decades. People ... Read full review

Mario Puzo, best known as the author of The Godfather, was born on October 15, 1920 in the Hell's Kitchen area of New York City. He served in the U. S. Army during World War II, and when he returned attended New York's School for Social Research and Columbia University. He wrote pulp stories and edited Male magazine before publishing his first novel, The Dark Arena (1955). His works were well-received critically, but failed to generate much revenue until he published his most notable work, The Godfather, which was ultimately made into a trilogy of award-winning movies. Puzo continued writing novels, and his final work, Omerta, was finished not long before his death. He won the Academy Award for Best Adapted Screenplay in both 1972, and 1974. Puzo died on July 2, 1999 in Bay Shore, Long Island. 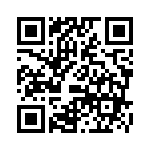