The Golden Age of the newspaper

Gr 9 Up-A history of U.S. newspapers from the arrival of the penny papers in 1830 to the height of the industry's publishing in the early 1930s. Douglas attributes the onset of radio to the fading of ... Read full review

GEORGE H. DOUGLAS is Professor of English at the University of Illinois. A Jersey native, his father was a long-time writer and editor at the Newark Evening News. As a boy Douglas was an inveterate visitor to the paper's city room and was awed by the roar of the rotary presses. He is the author of eleven books and many dozens of articles, mostly dealing with American literature and social history. Among his books are The Early Days of Radio Broadcasting, H. L. Mencken: Critic of American Life, All Aboard: The Railroad in American Life, Skyscraper Odyssey, and The Smart Magazines. 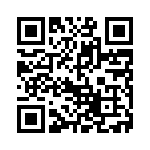