An engrossing and excellently portrayed story of the effects of war upon the individual, the variety of coping mechanisms and the disaster wrought by silence. The characters are well developed. Read full review

Follow-up novel to Anam's A Golden Age. It takes place several years after the Bangladesh War of Independence and focuses on two siblings who have gone opposite ways in their beliefs. While I did enjoy it, I didn't feel drawn in the way I did with the first book. Read full review

Tahmima Anam was born in Dhaka, Bangladesh. She grew up in Paris, New York and Bangkok, attended Harvard University, and now lives in London. Her writing has been published in Granta, the New York Times and the Guardian. She is also a contributing editor to the New Statesman. A Golden Age, her first novel, won the Commonwealth Writers Prize Best First Book Award, and was shortlisted for the Guardian First Book Award and the Costa First Novel Award. 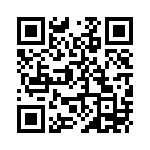