This was a re-re-reading of the book. The positives of the book are a cogent analysis (toward the end) of the factors that could have led to the 1929 stock market crash, including problems with supply ... Read full review

Short and interesting story, focused on the stock market boom and crash. He tries to understand the reasons for both, but maybe there are not enough comparisons to other speculative booms for his ... Read full review

John Kenneth Galbraith who was born in 1908, is the Paul M. Warburg Professor of Economics Emeritus at Harvard University and a past president of the American Academy of Arts and Letters. He is the distinguished author of thirty-one books spanning three decades, including The Affluent Society, The Good Society, and The Great Crash. He has been awarded honorary degrees from Harvard, Oxford, the University of Paris, and Moscow University, and in 1997 he was inducted into the Order of Canada and received the Robert F. Kennedy Book Award for Lifetime Achievement. In 2000, at a White House ceremony, he was given the Presidential Medal of Freedom. He lives in Cambridge, Massachusetts. 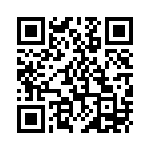