Ronald Stanley Berman is Professor of Literature at the University of California at San Diego and author of "The Great Gatsby" and Modern Times. 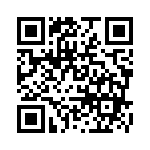