THE GREAT LAKES OF AFRICA: Two Thousand Years of History

An eminent French historian journeys into the heart of Africa and returns with an unhappy report.The Great Lakes region of east-central Africa was for years "a paradise for colonizers, missionaries ... Read full review

Scott Straus is Assistant Professor of Political Science at the University of Wisconsin-Madison. He is the author of several books on Africa and violence, including The Order of Genocide: Race, Power, and War in Rwanda, and is the translator of Jean-Pierre Chretien's The Great Lakes of Africa: Two Thousand Years of History. Formerly a Nairobi-based journalist, he was nominated for a Pulitzer Prize for his 1996 reporting on the war in Congo. 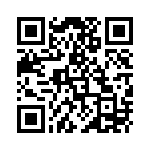