Karl Polanyi (1886-1964) is considered one of the twentieth century's most discerning economic historians. He left his position as senior editor of Vienna's leading financial and economic weekly in 1933, became a British citizen, taught adult extension programs for Oxford and London Universities, and held visiting chairs at Bennington College and Columbia University. He is co-author of Christianity and the Social Revolution; author of The Great Transformation; Trade and Market in Early Empires (with C. Arnsberg and H. Pearson) and posthumously, Dahomey and the Slave Trade (with A. Rotstein). 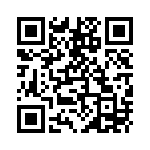