Carlyon's writing style is very appropriate for this engaging story of Australians on the Western Front. His research is thorough, and indeed, it picks up from where 'Gallipoli' finishes. But Carlyon ... Read full review

Les Carlyon was born in northern Victoria in 1942. He has been editor of the Age, Melbourne, and editor-in-chief of the Herald & Weekly Times. He has twice won the Walkley Award. His Gallipoli was published in 2001 to enormous critical and commercial success in Australia, New Zealand and Great Britain, and is now widely regarded as the definitive history of that campaign. Gallipoli won the Queensland Premier's Literary Award for Best History Book and the Australian Publishers' Association Readers' Choice Award.In 2006 The Great War was published to universal acclaim and became an instant bestseller. It won the inaugural Prime Minister's Prize for History in 2007, and was also honoured by the Australian Book Industry Awards, winning the Australian Book of the Year, as well as the Best General Non-fiction Book. 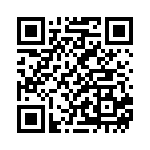