Rosa Andújar is Deputy Director and Lecturer in Liberal Arts at King's College London, UK. She has co-edited two volumes which address her research expertise in ancient Greek tragedy and its modern reception: Paths of Song: The Lyric Dimension of Greek Tragedy (2018) and Greeks and Romans on the Latin American Stage (2020).

Luis Alfaro is a Chicano writer/performer known for his work in poetry, theatre, short stories, performance and journalism. Alfaro held a six-season tenure as the Mellon Playwright-in-Residence at the Oregon Shakespeare Festival (2013-2019). He was a member of the Playwright's Ensemble at Chicago's Victory Gardens Theatre (2013-2020). Alfaro is the recipient of a MacArthur Foundation Fellowship, popularly known as a “genius grant”, presented to people who have demonstrated expertise and exceptional creativity in their respective fields. Alfaro is a Joyce Foundation Fellow. In 2019, Alfaro was awarded the PEN America/Laura Pels International Foundation for Theater Award for a Master American Dramatist, The United States Artist Fellowship from the Doris Duke Foundation, and the Ford Foundation's Art of Change Fellowship. Alfaro's plays and performances include Electricidad, Oedipus El Rey, Mojada, Delano, Body of Faith, Breakfast, Lunch & Dinner, Straight as a Line, Black Butterfly, Bitter Homes and Gardens and downtown. Alfaro spent over two decades in the Los Angeles poetry community and touring the United States and Mexico as a performance artist. He is an Associate Professor with tenure at the University of Southern California. 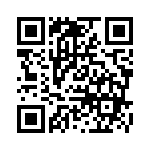