The Green New Deal: Why the Fossil Fuel Civilization Will Collapse by 2028 and the Bold Economic Plan to Save Life on Earth

America’s transition to clean energy is unstoppable—well, almost—according to this boosterish treatise that, contrary to the name, isn’t about the stimulus policy promoted by left-leaning Democrats ... Ler crítica na íntegra

JEREMY RIFKIN, one of the most popular social thinkers of our time, is the bestselling author of 20 books including The Zero Marginal Cost Society, The Third Industrial Revolution, The Empathic Civilization, The European Dream, The Age of Access, The Hydrogen Economy, and The End of Work. His books have been translated into more than 35 languages. Rifkin is an advisor to the European Union, the People’s Republic of China, and heads of state around the world. He has taught at the Wharton School's Executive Education Program at the University of Pennsylvania since 1995 and is the president of the Foundation on Economic Trends in Washington, DC. 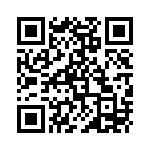