JEAN BAUDRILLARD is the author of many books, including The Transparency of Evil, America, Evil Demon of Images, and For a Critique of the Political Economy of the Sign. 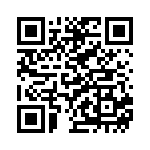