John H. Harvey is Professor of Psychology at the University of Iowa. Formerly, he taught at Vanderbilt, Ohio State, and Texas Tech Universities and was Educational Affairs Officer at the American Psychological Association (APA) from 1981 to 1982. He is a social psychologist specializing in the study of close relationships, attribution and account making, and loss and trauma phenomena. He is a Fellow of Division 8 of the APA and was a Fulbright Research Fellow studying loss in Romania in the spring of 1998. He has authored and/or edited over 20 books and has published 130 articles and chapters. He was editor of "Contemporary Psychology" from 1992 to 1998 and was founding editor of the "Journal of Social and Clinical Psychology" and the "Journal of Personal and Interpersonal Loss." With Sage, he published the book "Perspectives on Loss and Trauma: Assaults on the Self" in 2002.

Dr. John H. Harvey is Professor of Psychology at the University of Iowa. He has written and/or edited several books in the field including "Odyssey of the Heart, 2/e (LEA). A Fellow of Division 8 of the American Psychological Association, he was the recipient of the Distinguished Career Award and the New Contribution Award from the International Society for the Study of Personal Relationships in 2000.
Dr. Amy Wenzel is an Assistant Professor of Psychology at the University of North Dakota. She is a clinical psychologist who specializes in interpersonal and cognitive approaches to the study of psychopathology, particularly anxiety disorders. Drs. Wenzel and Harvey are the co-editors of two other LEA books, Close Romantic Relationships and The Clinician's Guide to Maintaining and Enhancing Close Relationships.
Dr. Susan Sprecher is a Professor of Sociology at Illinois State University. She is a social psychologist who specializes in the study of personal relationships and sexuality. She has published over 100 articles and chapters on these and other topics. Dr. Sprecher is an active member of the International Association for Relationship Research (IARR), and currently serves as the editor of the Association's journal, "Personal Relationships. 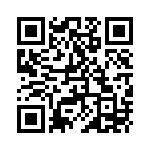