Fascinating and compelling stage play -- I'd love to see this produced. Roles for four women and three men. Mostly psychological drama, with some character-based humor to lighten it up at times. The ... Read full review

Spooky. Great build up. All falls away a bit quickly at the end, with the introduction of the two comic characters - before it rushes the ending. Read full review

Shirley Jackson was born in San Francisco, California on December, 14, 1919. She received a Bachelor of Arts degree from Syracuse University in 1940. Much of her writing was done during the years she was raising her children. She is best-known for the short story The Lottery, which was first published in 1948 and adapted for television in 1952 and into play form in 1953. Her published works include articles, nonfiction prose, plays, poetry, seven novels, and fifty-five short stories. Her other works include Life among the Savages, Raising Demons, The Haunting of Hill House, which was adapted to film, and We Have Always Lived in the Castle. She died on August 8, 1965 at the age of 45. 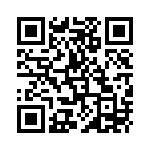