I love Helen Hoang’s romance books. She always starts her novels with someone who is struggling in some way, usually looking for a casual relationship, which turns into more. In this one, Anna, a ... Read full review

Made me laugh, made me cry, made my heart squeeze. I loved the characters and their flaws and strengths and the challenges they struggled through to grow. Read full review

Helen Hoang is that shy person who never talks. Until she does. And then the worst things fly out of her mouth. She read her first romance novel in eighth grade and has been addicted ever since. In 2016, she was diagnosed with autism spectrum disorder in line with what was previously known as Asperger's syndrome. She currently lives in San Diego, California, with her husband, two kids, and a pet fish. 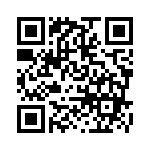