L. Ryan Storms is a writer, photographer, traveler, and dreamer. She's a member of the Eastern Pennsylvania chapter of SCBWI who enjoys working PR & Marketing for her local library. She has written articles featured on the front page of local newspapers, but mostly she writes novels near and dear to her heart. She holds a B.S. in Marine Science from Kutztown University of Pennsylvania and a Master's in Business Administration from Marist College, but writing young adult fantasy has always been her true passion. Her novel, A Thousand Years to Wait was an award-winning finalist in American Book Fest's 2019 Best Book Awards.Storms lives in Pennsylvania with her cancer-survivor husband, two children, and a "rescue zoo" featuring two dogs, two cats, and an ex-racehorse. When she's not writing, reading, or keeping her kids in line, she enjoys hiking, photography, and planning the next big adventure.Find out what L. Ryan Storms is working on & visit her blog at www.lryanstorms.com. You can also find her frequently tweeting about writing (and parenting) on Twitter (@LRyan_Storms). 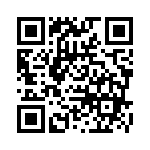