This was a very funny and captivating story, enjoyed reading it and recommended it to several of my friends. Read full review

Great book. Definitely transports you to another generation when choices were not always considered our own. Hard to put down once you start reading it. Read full review

Kathryn Stockett was born in 1969 in Mississippi. She graduated from the University of Alabama with a degree in English and Creative Writing. She soon got a job in magazine marketing and publishing in New York City. She became famous in 2009 with her debut novel, The Help. Her book tells the story of African-American Maids working in white households in Jackson Mississippi during the 1960's. It sold over ten million copies and spent more than 100 weeks on The New York Times Best Seller List. 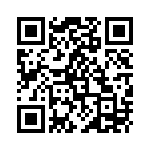