David J. Bodenhamer is a professor of history and the executive director of The Polis Center at Indiana University–Purdue University Indianapolis. He is the author or editor of six books, including Fair Trial: Rights of the Accused in American History and The Bill of Rights in Modern America: After 200 Years (with James W. Ely Jr.).

Randall T. Shepard, an Evansville native, has become one of the most respected jurists in the country. Shepard was appointed to the Supreme Court of Indiana in 1985 and was later promoted to chief justice of the court. 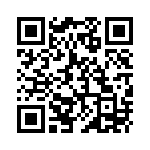