The history of Italian cinema: a guide to Italian film from its origins to the twenty-first century

As Brunetta (history & criticism of cinema, Univ. of Padua; The Cinema of Italy) guides readers through the halls of Italian cinema-overlooked by busts of Bernardo Bertolucci, Vittorio De Sica ... Read full review

Gian Piero Brunetta is professor of the history and criticism of cinema at the University of Padua in Italy. His many books include the acclaimed five-volume History of World Cinema. 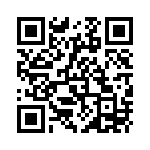