A printer and bookseller who wrote love letters for servant girls as an apprentice, studied nights to improve himself, and married the boss's daughter, Samuel Richardson undertook at age 50 to write a book of sample courtesy notes, marriage proposals, job applications, and business letters for young people. While imagining situations for this book, he recalled an old scandal and developed it into Pamela, or Virtue Rewarded (1740--44), a novel about a servant girl whose firmness, vitality, literacy, and superior intelligence turn her master's lust into a decorous love that leads to their marriage. All of Pamela's virtues of fresh characterization, immediacy (what Richardson called "writing to the moment" of the character's consciousness), and the involvement of the reader in the character's intense and fluctuating fantasies, together with a much more focused seriousness, a more varied and differentiated cast of letter writers, and a more fundamental examination of moral and social issues, make his second novel, Clarissa Hawlowe (1747--48), a masterpiece. Although anyone who reads this huge novel for its plot may hang himself (as Richardson's friend Samuel Johnson said), readers have been fascinated by the complex conflict between Clarissa Harlowe and Robert Lovelace, two of the most fully realized characters, psychologically and socially, in all of literature. Like such great successors as Rousseau (see Vol. 3), an acknowledged follower of Richardson, Dostoevsky (see Vol. 2), and D. H. Lawrence, Richardson understands and shows us, in Diderot's (see Vols. 2 and 4) appreciative image, the black recesses of the cave of the mind. Although Richardson's last novel, Sir Charles Grandison (1753--54), like Pamela Part II , mainly undertakes comic delineation of manners, it also examines the serious issues of love between a Protestant and a Catholic, and experiments technically with flashbacks, with stenographic reports, and most assertively with a pure hero, a male Clarissa of irresistible charm and power. At its best, Richardson's work fuses the epistolary technique, the use of dramatic scenes, the traditions of religious biography, and the elements of current romantic fiction to achieve precise analysis, an air of total verisimilitude, and a vision of a world of primal psychological forces in conflict. 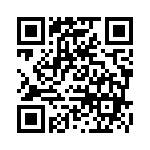