I first read the Hobbit when I was in middle school, and video games and the Internet were a hell of a lot more important that books. This is the one book that got me back into reading. I was lost in ... Read full review

Just What I Ordered

I had read this book years ago and wanted to read it again to refresh my memory before seeing the movie. The book was in excellent condition was well represented and reasonably priced. Cant ask for more than that. Read full review

ALAN LEE was born in Middlesex in 1947. His illustrated books include Faeries (with Brian Froud), Castles and Merlin Dreams, and the three ‘Great Tales’ of Middle-earth: The Children of Húrin, Beren and Lúthien, and The Fall of Gondolin. He has worked on such prestigious films as Erik the Viking (Terry Gilliam), Legend (Ridley Scott), and the acclaimed NBC miniseries Merlin. He is best known, however, for his work on the books The Hobbit and The Lord of the Rings, and now the film versions.

J.R.R. TOLKIEN (1892–1973) is the creator of Middle-earth and author of such classic and extraordinary works of fiction as The Hobbit, The Lord of the Rings, and The Silmarillion. His books have been translated into more than fifty languages and have sold many millions of copies worldwide. 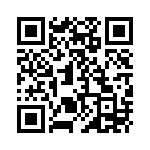