Potent, truth filled masterpiece from Cousteau and Schiefelbein. Contains many heavy, serious passages concerning how the world became what it is. Many personal stories of risk, along with tragedy ... Read full review

I'm a big admirer of Cousteau. The book is a testament to the way an older generation went out into the world on behalf of humanity, for service instead of for personal gain. His own stories are ... Read full review

Jacques Cousteau (1910-1997) was world-renowned as an ocean explorer, filmmaker, educator, and environmental activist. He won three Oscars and the Palme d'Or for his films, and wrote or coauthored more than seventy-five books. Susan Schiefelbein has won the National Magazine Award and the Front Page Award for her cover stories on social issues. A former editor at the Saturday Review, she went on to write the narration for many of Cousteau's documentary films. She lives in Paris. 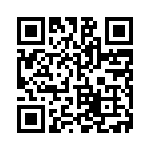