The writer was born and bread in Keur-Macene in the south west of Mauritania in 1963. He worked as an English language teacher until he fled in 1998 and was granted asylum in the United States of America. Mr. Sene was one of the founding members of the Union of the Democratic Forces, the most popular opposition party banned by Mouawiya 's regime in 2001. He jointly supported SOS-Esclaves, Action pour le Changement and the Movement for the emancipation of the Wolof language and culture. He also was very active within the Independent Union of the Secondary Education Teachers. He is married and father of one three. 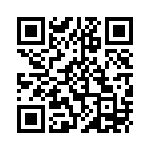