Holtzman clearly outlines and explains the reasons for removing the president from his office. The most important reason is to stop future presidents from doing the same or worse. Read full review

The Impeachment of George W. Bush: A Practical Guide for Concerned Citizens

Should President Bush be impeached? Former U.S. Congresswoman Holtzman believes so. Holtzman, who now practices law, earned credentials to make her case in 1974 when she served on the House Judiciary ... Read full review

Elizabeth Holtzman served for eight years as a U.S. Congresswoman and won national attention for her role on the House Judiciary committee during Watergate. She was subsequently elected District Attorney of Kings County (Brooklyn), the only woman ever elected DA in NYC, serving for eight years.
Holtzman was also the only woman ever elected Comptroller of New York City. She currently works with Herrick Feinstein, LLP, and lives in New York City.

Cynthia L. Cooper is a journalist and author in New York with a background as a lawyer. She writes on human rights, justice, law and political issues and her articles have appeared in The Nation, Women’s eNews; American Bar Association Magazine; Perspectives on Women and the Law; Marie Claire; Glamour among others. Her books include Mockery of Justice, and Who Said It Would Be Easy with Elizabeth Holtzman. 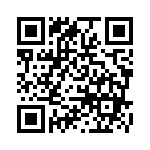