Colin O’Brady is an explorer and elite endurance athlete who has set multiple world records and is a leading expert on mindset. Among his feats are the world's first solo, unsupported, and human-powered crossing of Antarctica; speed records for the Explorers Grand Slam and the Seven Summits; and reaching the highest point in all fifty US states in a record-breaking twenty-one days. A Yale graduate, he is a sought-after public speaker whose talks and non-profit work have inspired millions. Native to the Pacific Northwest, he now lives in Jackson Hole, Wyoming as well as Portland, Oregon, with his wife, Jenna Besaw. 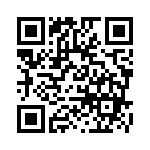