Asya Pereltsvaig is a lecturer in the Department of Linguistics at Stanford University, California, where she teaches courses in syntax, general and historical linguistics, and languages of the world. Her main area of specialization is the syntax of Indo-European, Semitic, and Turkic languages. She is the author of Copular Sentences in Russian: A Theory of Intra-Clausal Relations (2007) and Languages of the World: An Introduction (2012).

Martin W. Lewis is a senior lecturer in the Department of History at Stanford University, California, where he teaches global historical and regional geography, contemporary geopolitics, and the history of Southeast Asia. His recent research focuses on the history of geographical ideas, especially those pertaining to the division of the world. He is the author of Wagering the Land: Ritual, Capital, and Environmental Degradation in the Cordillera of Northern Luzon, 1900-1986 (1992) and of Green Delusions: An Environmentalist Critique of Radical Environmentalism (1992), and co-author of The Myth of Continents: A Critique of Metageography (1997) with Kären Wigen and of Diversity amid Globalization: World Regions, Environment, Development (2012) with Lester Rowntree, Marie Price and William Wyckoff. He is also a co-editor of The Flight from Science and Reason (1997) with Paul R. Gross and Norman Levitt. 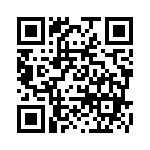