STEPHANIE VANCE spent decades as a D.C.-based lobbyist, congressional aide, speaker, and grassroots consultant. A sought-after speaker with more than 50 engagements per year, Stephanie, known as the "Advocacy Guru," has trained thousands of people in hundreds of organizations, including the National Association of REALTORS®, the Lance Armstrong Foundation, the Humane Society of the United States, and the American Library Association. As a member of the National Speakers Association, Stephanie has earned her Certified Speaking Professional (CSP) designation, an honor held by less than 10 percent of speakers in the world. She is the cofounder of Advocacy Associates, a D.C.-based consulting firm. Stephanie teaches lobbyists how to lobby on behalf of the American League of Lobbyists. 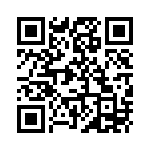