I was really excited for this as I have been wanting to read something from this author for so long. Sadly, I could not get into this at all. I put it down and came back to it, and still was just not into it. Maybe I will try something else from this author. Read full review

The attempted kidnapping that opens this overloaded romantic suspense novel and series launch from Tijan (Nate) plunges plucky heroine Bailey Hayes into a world of danger and privilege. The kidnappers ... Read full review

Tijan is a New York Times bestselling author who writes suspenseful and unpredictable novels. Her characters are strong, intense, and gut-wrenchingly real with a little bit of sass on the side. Tijan began writing later in life and once she started, she was hooked. She's written multi-bestsellers including the Carter Reed Series, the Fallen Crest Series, and Ryan's Bed among others. She is currently writing to her heart's content in north Minnesota with an English Cocker Spaniel she adores. 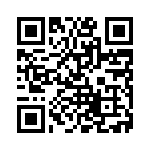