Consultant audio engineer having worked in the professional audio industry since 1983. In 1996, he was appointed Editor of 'Audio Media', the world's leading professional audio technology magazine, and became Executive Editor of the title with the launch of its US version in late 1997. During his time with 'Audio Media' he travelled extensively throughout the world writing key articles on the industry and gaining a reputation for keen, concise writing underlined by detailed research. Since early 1999, he has become a full-time consultant to the professional music industry, though he continues to lecture at universities and colleges around Britain. He is a member of the Music Producers Guild, an associate member of the Institute of Broadcast Sound and a member of the Audio Former Executive Editor of Audio Media magazine. 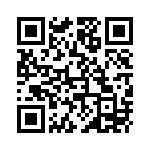