It is a well written summary of Iran-US relations. It touches on the events that have played out over the years. Also, it gives you good insights into the various players that "news" always ignores.

Reese Erlich's publications include Dateline Havana, The Iran Agenda, and Target Iraq, which he co-authored with Norman Solomon (introduction by Howard Zinn and afterword by Sean Penn). He reports regularly for National Public Radio, Latino USA, Radio Deutche Welle, Australian Broadcasting Corporation, and Canadian Broadcasting Corporation. He also writes for the San Francisco Chronicle and the Dallas Morning News. In 2001, he produced a one-hour radio documentary, "The Struggle for Iran," which was hosted by Walter Cronkite. 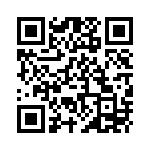