Reese Erlich has authored five books on foreign affairs, including the national bestseller Target Iraq: What the News Media Didnżt Tell You (co-authored with Norman Solomon). A freelance print and broadcast reporter, he has covered the Middle East since 1987 and reported from Iran since 2000.

Erlich began his journalism career in 1968 as a staff writer and research editor for Ramparts, an investigative reporting magazine based in San Francisco. He taught journalism for ten years at San Francisco State University and California State University, East Bay. His reporting appears in Foreign Policy, Vice News, and The Progressive. He writes the syndicated column "Foreign Correspondent." His radio work airs on CBC/Radio-Canada, Reveal, and National Public Radio, among others.

Erlich earned a Peabody Award in 2007 and "best depth reporting" awards in 2002 and 2006 from the Society of Professional Journalists (Northern California). He has also received awards from Project Censored, the Chicago International Film Festival, and the Association for Women in Communication. He lives in Oakland, California. 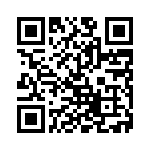