DAN BRIODY is an award-winning business journalist who has written for Forbes, Wired, Red Herring, and the Industry Standard. Briody is credited with breaking the story on the Carlyle Group. Since Red Herring published his article "Carlyle's Way," Briody has appeared on numerous radio and television programs to discuss the Carlyle Group and has become a primary source for other journalists covering this story. Briody's latest book, The Halliburton Agenda, untangles a complex web of political power plays and deceptive deals that have allowed Dick Cheney's former company to prosper. 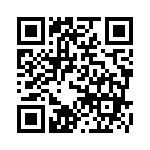