An interesting, if sometimes uncomfortable, look at the history of typewriting. That's typewriting, not typewriters, although a cursory history of the machine is included of necessity. The book ... Read full review

The iron whim: a fragmented history of typewriting

The title and subtitle of this distinctive and well-written book are unduly correct. Unfortunately, it takes a scattershot, whimsical approach to typewriting's impact on culture. References from ... Read full review

Darren Wershler-Henry is an Assistant Professor in the Communication Studies department at Wilfrid Laurier University as well as a writer, critic, and the former senior editor of Coach House Books. He is also the author of many books, including NICHOLODEON: a book of lowerglyphs and the tapeworm foundry. 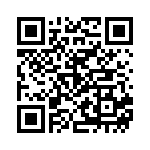