If I could give it 100 I would. This is the True Torah of Yehowah. Read it and apply the teachings in it to your daily life so that you will be blessed with life in the Name of Yehowah. He alone is Elohim and King of Eternity.
Yehowah YiMlok L'Olam Wa'ed

The truth is that the only name is yahyisrael

Benyamim Tsedaka is head of the A.B. Institute of Samaritan Studies in Holon, Israel, and founding editor of a biweekly Samaritan newsmagazine published in four languages.

Sharon Sullivan is North American representative of the A.B. Institute of Samaritan Studies. 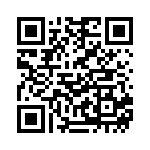