Page 7 - And it came to pass in the four hundred and eightieth year after the children of Israel were come out of the land of Egypt, in the fourth year of Solomon's reign over Israel, in the month Zif, which is the second month, that he began to build the house of the Lord.
Appears in 562 books from 1730-2007
Page 10 - If I forget you, O Jerusalem, let my right hand wither! Let my tongue cleave to the roof of my mouth, if I do not remember you, if I do not set Jerusalem above my highest joy! Remember, O Lord, against the Edomites the day of Jerusalem, how they said, "Raze it, raze it! Down to its foundations!
Appears in 147 books from 1959-2008
More
Page 8 - Come, let us climb the LORD'S mountain, to the house of the God of Jacob, that he may instruct us in his ways, and we may walk in his paths.
Appears in 106 books from 1816-2008
Page 10 - The LORD, the God of heaven, has given me all the kingdoms of the earth, and he has charged me to build him a house at Jerusalem, which is in Judah. Whoever is among you of all his people, may his God be with him, and let him go up...
Appears in 244 books from 1816-2008
Less

JACK FRIEDMAN is a professor emeritus and former dean of Queensborough Community College of the City University of New York. He earned his Ph.D. and M.A. degrees from New York Universitys Graduate School of Arts and Science, and B.A. and B.R.E degrees from Yeshiva University. 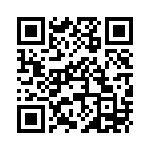